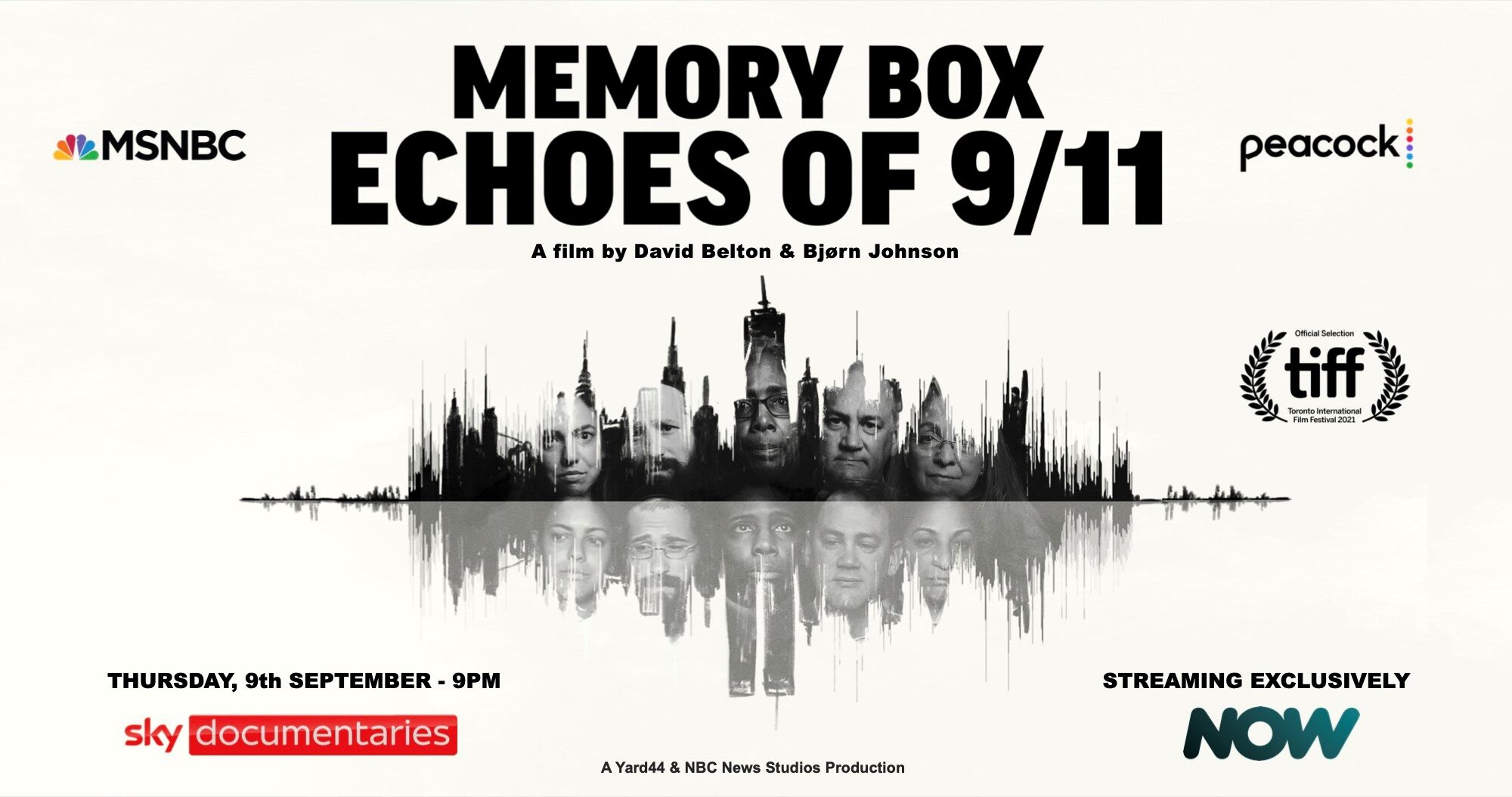 Memory Box: Echoes of 9/11 is a feature documentary that tells the story of September 11, 2001, through a unique set of eyewitness testimonies recorded in a small plywood booth in the months following the attacks.

Twenty years later, the eyewitnesses return to the box to share their memories and reflect on America today. Bridging past and present, the film is a searingly emotional portrayal of hope, resilience and how to heal.

Connie Farr was the music consultant.

The film will be shown on Sky Documentaries on 9th September at 9PM.

Click here to visit the Toronto International Film Festival website to read more about the film and find out when it is screening.